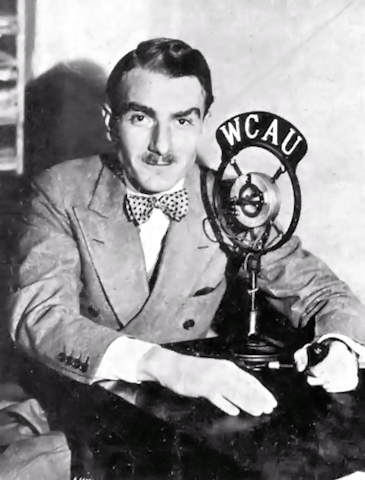 Information on Boake Carter's early life is sketchy, mostly to the credit of the commentator himself. According to some information, Carter was born Harold Thomas Carter on September 28, 1899 in Baku, Russia and christened Boake in honor of the city of his birth. His father had been in the British Consular Service located in Russia when Carter was born, we are told. Another story is that his father was secretary for an English Oil Firm in Baku. His formative years were spent in England, where he attended Christ College, Cambridge. In 1920 he came to the United States when his father was assigned to Mexico and became one of its citizens in 1932.

Carter began his journalistic career in London and later Philadelphia working for press associations both as a newspaperman and a foreign correspondent. Through this experience he began to understand the political mentality as well as develop relationships with various political persons in the countries he worked. However, his true claim to national fame was to come later.

In March, 1932, Carter worked at radio station WCAU a CBS affiliate. When the Lindbergh baby was kidnapped, CBS asked WCAU to send a mobile unit to cover the trial. Boake Carter was sent to provide the lurid details. With his British accent, Carter's reports caught the fancy of the national audience. His style stood out from all the other reports and he became an instant celebrity.

At WCAU he had been providing commentary though at a local level. When his star began to rise, he was picked up by the Philco Radio Company and began to be heard nationally. His voice and style made him an influential source for comment as people regularly tuned him in. However, as his power increased his comments became more and more ascerbic and CBS began to flush at some of the criticisms of Carter's opinions. However, Philco continued to support him. He grew more and more discordant in his criticism of the New Deal.

By 1938, his contract with Philco had run its course and he found himself without a forum. And so he began a speaking tour continuing to draw crowds. Though his influenced waned, he was able to return to the air during World War II