Radio Days was born out of an interest in all things Old Time Radio, education, and an interest in the World Wide Web. It began in early 1995 and was the first domain specifically dedicated to old time radio. The web site has been featured in many publications including The New York Times, USA Today, CNN and many educational institutions.

The mission of this site is to be both an educational tool as well as a historical reference for the various aspects of Old Time Radio including drama, comedy, mystery, and news. 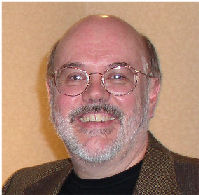 Jim Widner is the owner and webmaster and is recognized in the Old Time Radio Community as a long time historian, author and fan of the genre. He was an educator for eight years and has written a number of articles on Old Time Radio as well as a book co-authored with Meade Frierson III called Science Fiction on Radio: A Revised Look at 1950-1975.